1
You are here: Home / News / Blog / Egypt by Bridget Keevil

Have you always wanted to go to Egypt, but you really don’t think that the time is right?  You imagine that the streets are full of dodgy looking people wherever you look, and it really isn’t safe to go?

I have just been to Egypt (the first time in almost sixteen years) and can categorically say that it is a fabulous time to go.  There aren’t the hoards of people queuing for hours in the hot sun to catch a glimpse of a relic so old that it is beyond comprehension – in actual fact it is so quiet it is an absolute pleasure being able to meander around at your own pace in relative comfort. 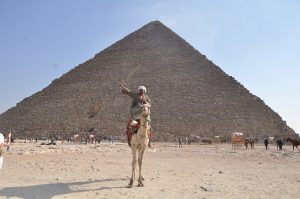 Our trip took in both Cairo and a short Nile Cruise.  We flew with Egypt Air from Heathrow to Cairo, which was a very comfortable flight taking just under five hours – and leaving at midday, which meant no early morning rush to get to the airport.  We stayed at the The First Residence, a Four Seasons Hotel on the Giza side of the river.  Very comfortable hotel, but with the amount of sightseeing we did we were hardly there at all.

There was visible security everywhere – but in all of the six days we were in Egypt we did not see one incident of any description at all.  All of the security people carried guns, but in this part of the world I fear that this is now a way of life.  But, at no point on any of the trip did I feel unsafe or threatened.

Our first day was packed – this was the only full day we had in Cairo, so we headed off to the Egyptian Museum for the morning, lunch at the Mena House Hotel overlooking the Pyramids and a visit to the Pyramids in the afternoon.  The museum had a few people in the queue in front of us, and the entrance hall was fairly busy, but once we headed off into the many rooms it houses we were almost free to look at any of the 120,000 objects in 107 halls for as long as we wished.  The  most popular was the Tutankhamun collection, where we did have to share the room with a few others. 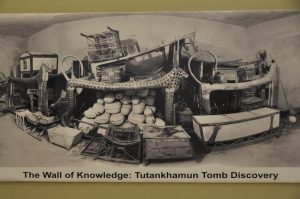 We then made the short journey to the Mena House (where I stayed sixteen years ago) for lunch.  It is the closest hotel to the Pyramids – walking distance if you are staying there.  We drove to the parking area of the Pyramids – a new addition in the last sixteen years.  But the hundreds of arabs that want to “sell” you a ride on a camel or horse are still there, along with a few hundred more who have that “exclusive” souvenir for $1 you can’t go home without.  A polite but firm “no thank you”  usually does the trick. 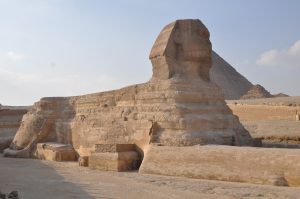 The Pyramids, 4,500 years old and the only surviving Seven Wonder of the Ancient World, has got to be on everyone’s list for a first time visit to Cairo.  They are spectacular, as is the legendary Sphinx which is purportedly the guardian to the site.  It also helps if you have the most knowledgeable and personable Egyptologist to guide you – ask me and I can request him for you!

The next day we took a one and a half hour flight to Aswan to join the Sun Boat III – an Abercrombie & Kent owned boat and one of the best on the Nile.  They have private docks in both Aswan and Luxor, so no clambering across several boats to get on and off.  In actual fact, no clambering about at all – it is all very civilised.  With just eighteen cabins and a maximum of 36 customers on board, it is a delightful way to journey from Aswan to Luxor or vice versa. 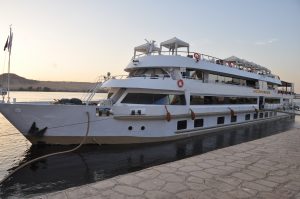 We took a walk through the spice market of Aswan and partook in Egyptian Tea at a coffee house on the main square.  Delightful!  We felt like part of the local way of life for an hour or so. 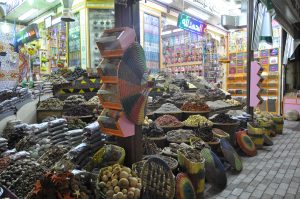 The following morning we took a motor boat transfer to the Philae Temple on the Island of Agilika.  Fabulous.  How did something so old not only survive, but still looks magnificent after relocating to its present home after  the Nile was dammed at Aswan.    We went to the temple of Kom Ombo in the afternoon – another fabulous site.  It is hard to explain how each temple differs, but if you have a good guide the stories that make the place come to life will give each place a different personality. 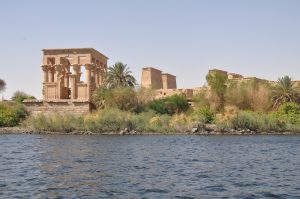 We then set sail from Aswan for Luxor, a relatively short journey that would see us docking at some point near to midnight.

And from Luxor, our first stop was to the Valley of the Kings and the tomb of Tutankhamun (with said Pharaoh still in situ).  No queue, but plenty of offers of unmissable souvenirs! 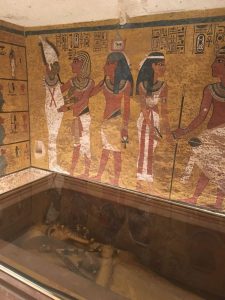 And then on to the Temple of Hatshepsut – a splendid example of how buildings that old can still be so intact.  Hard to put into words really.  On the way back to the ship we saw so many artefacts dotted about the countryside – the place is just one big archaeological wonder. 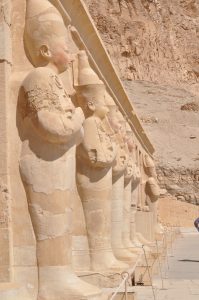 This afternoon we saw the Karnak Temple, and then as night fell we went to the Temple of Luxor.  It was at the time of calling to prayers, which made the whole place magical.  The lighting of the whole temple seemed to bring it to life.

All of this sightseeing was interspersed with excellent food and service, comfortable sleeping arrangements and superb staff on the boat.  I cannot recommend the Sun Boat III highly enough – it is such a relaxed way to fit in so much.  After only five nights we were on our way back to the airport and a direct flight back to Heathrow from Luxor – just under six hours travelling time.  If I had to change anything I would go back for longer!!

https://www.travel-stop.co.uk/wp-content/uploads/2017/10/DSC_0371.jpg 2848 4288 Bridget Keevil https://www.travel-stop.co.uk/wp-content/uploads/2016/09/TP.png Bridget Keevil2017-10-25 18:37:142019-03-27 12:45:34Egypt by Bridget Keevil
Many of the flights and flight-inclusive holidays on this website are financially protected by the ATOL scheme. But ATOL protection does not apply to all holiday and travel services listed on this website. Please ask us to confirm what protection may apply to your booking. If you do not receive an ATOL Certificate then the booking will not be ATOL protected. If you do receive an ATOL Certificate but all the parts of your trip are not listed on it, those parts will not be ATOL protected. Please see our booking conditions for information or for more information about financial protection and the ATOL Certificate go to : www.atol.org.uk/ATOL Certificate

Ecuador and the Galapagos Islands by Bridget Keevil
We use cookies on our website to give you the most relevant experience by remembering your preferences and repeat visits. By clicking “Accept All”, you consent to the use of ALL the cookies. However, you may visit "Cookie Settings" to provide a controlled consent.
Cookie SettingsAccept All
Manage consent